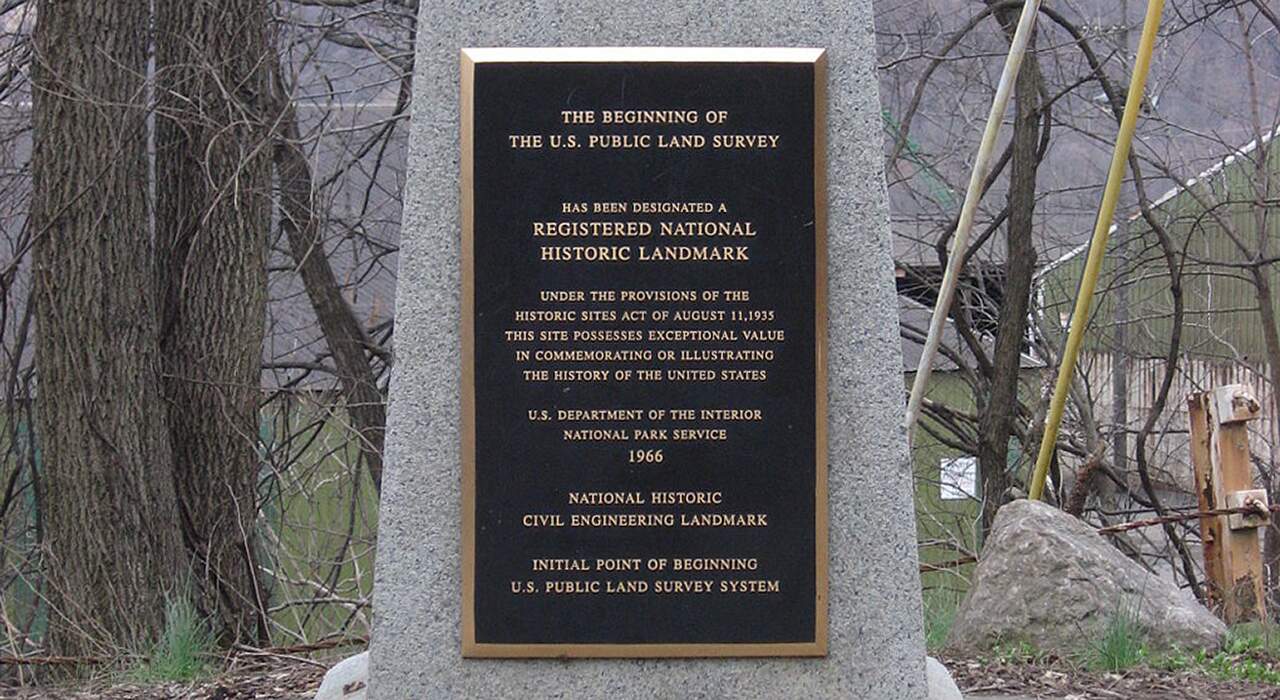 The Beginning Point of the U.S. Public Land Survey is a monument at the border between the U.S. states of Ohio and Pennsylvania, on the north side of the Ohio River. It is near the three-way intersection of Ohio, Pennsylvania, and the northern tip of West Virginia, in both the Pittsburgh metropolitan area and the East Liverpool metropolitan area. It is significant as being the point from which the Public Land Survey System was performed, starting in 1785, which would open what was then the Northwest Territory for settlement. The survey was “the first mathematically designed system and nationally conducted cadastral survey in any modern country” and is “an object of study by public officials of foreign countries as a basis for land reform.” It was conducted in the late 18th century by Geographer of the U.S. Thomas Hutchins surveying the Seven Ranges.

The area that is landmarked includes a part of Ohio and a part of Pennsylvania. A plaque at the site states that the true starting point was 1,112 feet further south. The commemorative site is located about 2 miles east of the center of East Liverpool on Ohio State Route 39 and Pennsylvania Route 68.